Home Uncategorized As the East Germans bypassed the regime, weeks before the fall of the …

As the East Germans bypassed the regime, weeks before the fall of the …

In the weeks leading up to the fall of the Berlin Wall on November 9, 1989, the iron curtain that separated the communist countries from the rest of Europe became surprisingly porous. The liberalization process in Hungary led to the opening of the border with Austria. The East Germans, who increasingly rejected the regime in which they lived, rushed to reach this breach. Many have succeeded.

This is the most famous unfinished phrase in German history. On the night of September 30, 1989, Federal Foreign Minister Hans-Dietrich Genscher was at his country's embassy in Prague, the capital of Czechoslovakia.

"My dear compatriots, I came to inform you that your request was today …"

About 5,000 East Germans who had fled their country, the Communist GDR, camped in the most precarious conditions possible in the embassy garden. Their only hope was to reach the West and not be sent back to their country.

Hans-Dietrich Genscher was speaking on the embassy balcony. Despite the spotlight installed, one can hardly see the profile of the minister who said: "My dear countrymen, I came to inform you that your request was today …"

The end of the sentence was inaudible. The shouts of joy echoed, the East German refugees wept. According to witnesses to this historical scene, the women fainted. Special trains then took refugees west through the GDR. 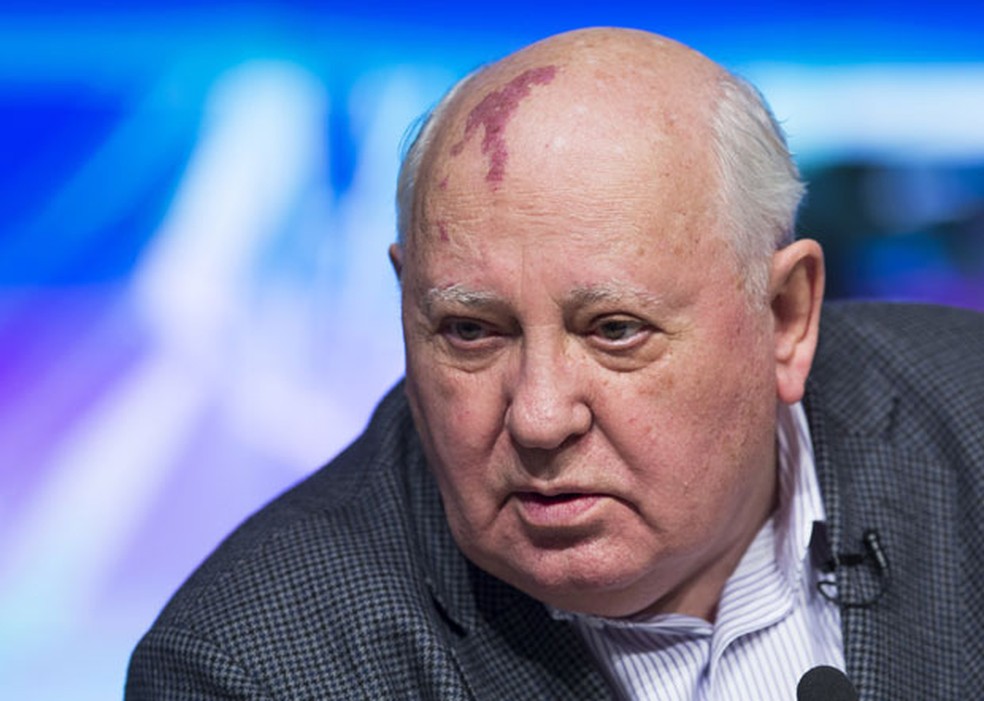 This historical episode is only the best known of a major wave of emigration during the summer of 1989. The East German regime then rejected any reform, despite the arrival four years earlier of Mikhail Gorbachev in Moscow, a fact that liberalized the regime in the former USSR.

Opposition movements were gaining momentum in the GDR. More and more East Germans were applying to leave their country. Those who chose to cross the wall, however, should fear the same dire consequences as during the darkest hours of the cold war.

In February 1989, a 20-year-old was killed while trying to cross the border between both sides of Berlin. In the face of international protests, the GDR decides that in the future border guards will no longer shoot fugitives. 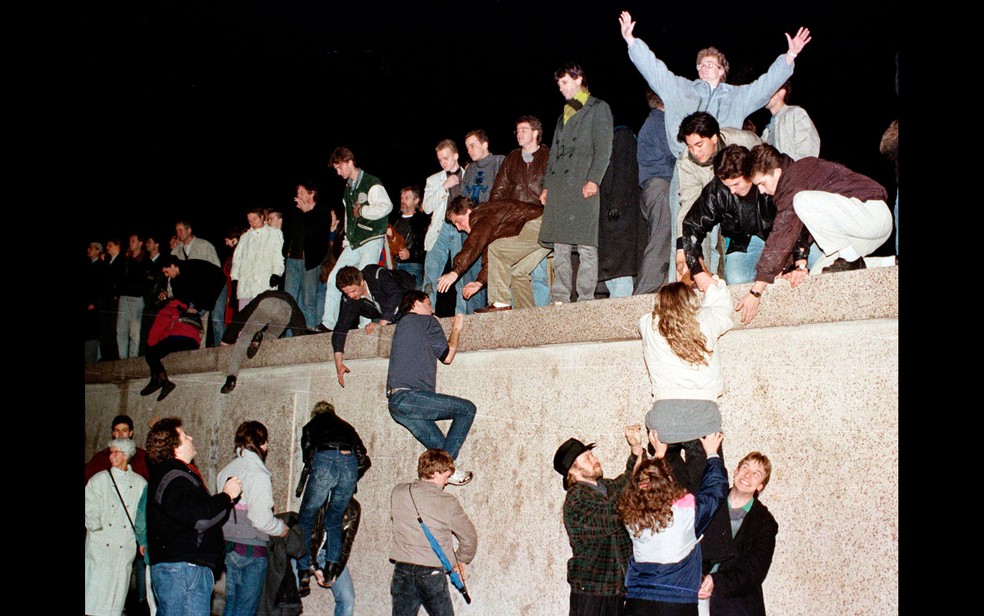 East German citizens climb the Berlin Wall at the Brandenburg Gate after the opening of the East German border is announced in Berlin. Archival photo taken November 9, 1989 – Photo: Archive / Reuters

Faced with this situation, the East Germans rushed into the breach opened by the new Hungarian reformist government. From May, the Iron Curtain that separates the country from Austria disappears in different places. In July and August, 50,000 East Germans leave their country and arrive in Hungary.

In late August, the Budapest authorities meet with Chancellor Helmut Kohl and Chancellor Hans-Dietrich Genscher on good terms. The reformist communists announce their intention to open their border with Austria. Miklos Nemeth, the Hungarian Prime Minister, would talk later about the tears in Helmut Kohl's eyes. On September 10, the Austro-Hungarian border opens.

In the process, the regime of the former Czechoslovakia, as unreformable as in East Berlin, closed its border with Hungary, which became inaccessible to East Germans seeking refuge, for example, at the German embassy in Prague. 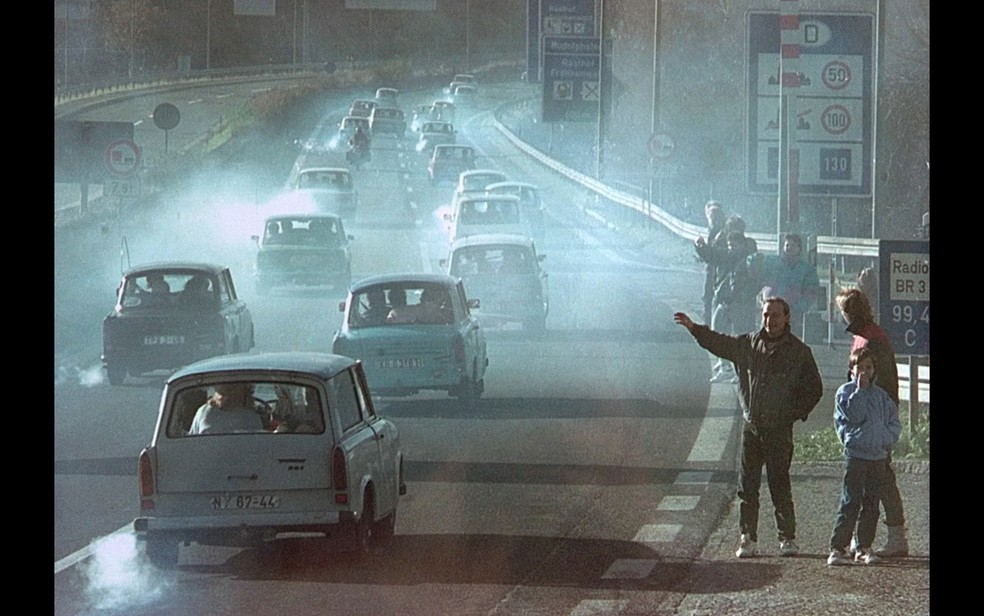 Liberalization in several countries of the communist bloc, first in the Soviet Union, then in Poland and Hungary, shook other Orthodox countries like the GDR. It suffered a hemorrhage of its forces, a bleeding it had tried to stop 28 years earlier with the construction of the Berlin Wall.

(13519)
$7.99 (as of May 30, 2020 - More infoProduct prices and availability are accurate as of the date/time indicated and are subject to change. Any price and availability information displayed on [relevant Amazon Site(s), as applicable] at the time of purchase will apply to the purchase of this product.)

The country's leader, Erich Honecker, was ill and disappeared most of the summer (in the Northern Hemisphere). In Leipzig, Saxony, demonstrations against the regime took place every Monday since the beginning of September.

The participants chanted a slogan that would go down in history: "Wir sind das Volk" ("we are the people").

Opposition in controlling the May municipal election count had shown in East Germany figures showing that the results of power released were a lie, unmasking an increasingly rejected regime.

But the power remained blind. In January, Erich Honecker declared that the Berlin Wall would continue to exist for 100 years, while at the same time the Soviet Foreign Minister questioned the function of the same wall.

East Berlin looks increasingly like a big mistake. The regime, completing itself in isolation, was busy preparing major celebrations for the GDR's 40th anniversary, to be held with great fanfare on October 7. A year later, the German Democratic Republic had completely disappeared.

(1162)
$8.98 (as of May 30, 2020 - More infoProduct prices and availability are accurate as of the date/time indicated and are subject to change. Any price and availability information displayed on [relevant Amazon Site(s), as applicable] at the time of purchase will apply to the purchase of this product.)