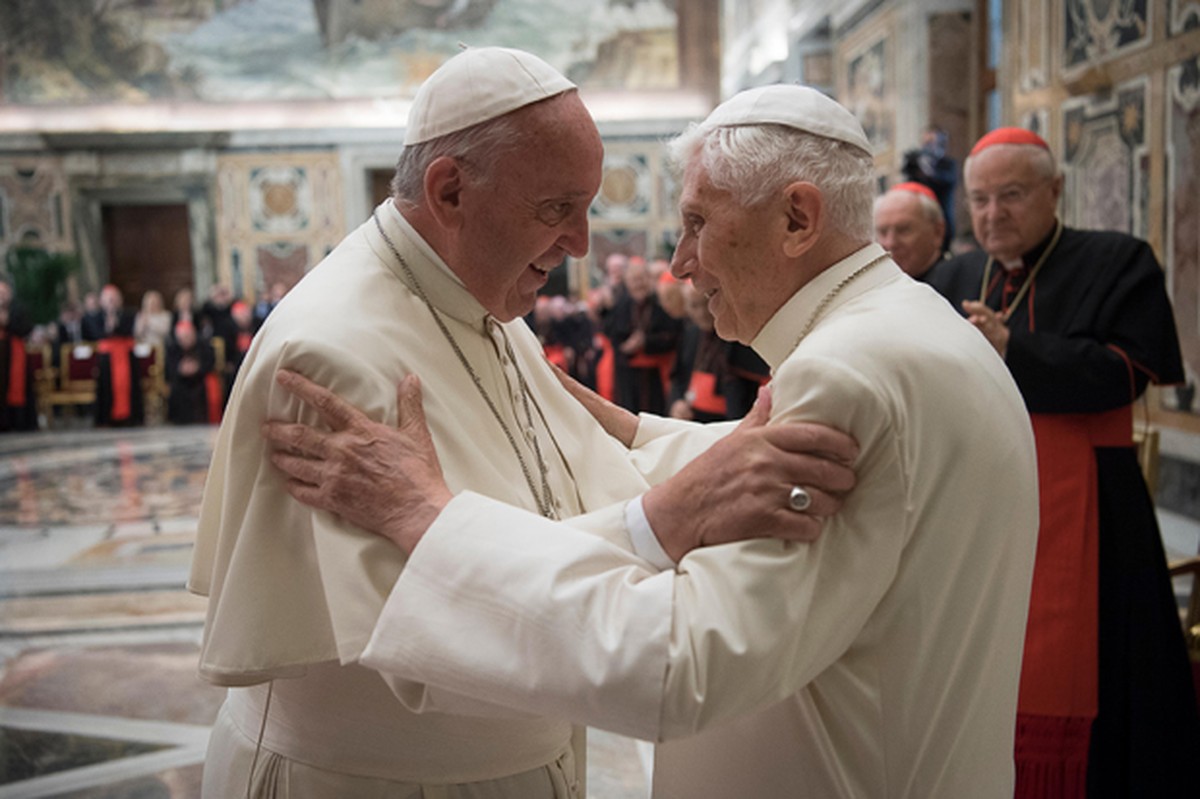 When in February 2013 Benedict XVI became the first to resign the post of head of the Catholic Church in over six centuries, he also promised, in the new condition of pope emeritus, to remain hidden from the world. He withdrew from public life to live in a monastery inside the Vatican, assuring in an interview: "There is a pope and he is Francis."

Reality has been different from theory. For the second time, however, Benedict XVI entered the pontificate of Francis, expressing opinions that contrast with those of the pope. In the book “From the Bottom of Our Hearts,” which he wrote with conservative Cardinal Robert Sarah, he makes a passionate defense of clergy celibacy in the Catholic Church. He points to marriage as a rite incompatible with the priesthood.

“Celibacy has great significance and is truly essential, for a priest's way to God becomes the foundation of his life. "The call to follow Jesus is not possible without this sign of freedom and renunciation of all commitments. Celibacy must penetrate, with its requirements, all attitudes of existence."

Excerpts from the book were published by the Figaro newspaper just as Francis is about to make his decision in response to the Synod of Bishops for the Amazon Region in October. The meeting suggested to the Pope to allow the ordination of older married men in remote places that lack priests.

Francisco himself, in an interview earlier last year, expressed doubts about the absence of priests in uninhabited regions and said that it is necessary to think about the faithful. He referred to celibacy, a practice that had existed for 800 years in the Catholic Church, as a tradition and not as a doctrine.

Head of the Vatican liturgical office and co-author of the book, Guinean Cardinal Robert Sarah clearly disagrees with the Pope and claims that the faithful cannot be offered what he defines as "second-class priests."

“The possibility of ordaining married men would be a pastoral catastrophe, an ecclesiastical mess, and a dazzling understanding of the priesthood,” said Sarah.

Last year, the pope emeritus acted similarly, publishing a six-word letter in which he blamed the church's sexual abuse scandal for the secularization of the west and the sexual revolution of the 1960s, among other factors.

The two popes have shown good coexistence in affectionate images recorded in almost seven years of encounters. The question is to what extent Benedict XVI, who opted for retirement, now raises, at age 92, the flag of the traditionalist wing of the Catholic Church to try to influence Francis' decisions. This supposed interference definitely pushes the movie "Two Popes", currently playing, into the abyss of fiction.