By Nik Simon for MailOnline

The curtains raised at the first Asian Rugby World Cup and, despite a classic case of stage fright, Japan finally got the victory needed for this competition.

Fireworks and flamethrowers filled the night sky of Tokyo as rugby announced itself to its new audience – and the hosts were prone to choke when the stadium filled with smoke and anticipation.

Rugby has captured the nation's attention – and has become a worldwide trend on Twitter – but the opening night will receive mixed reviews. 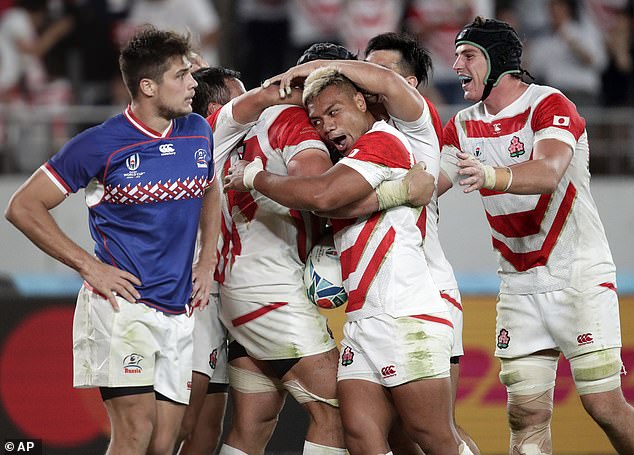 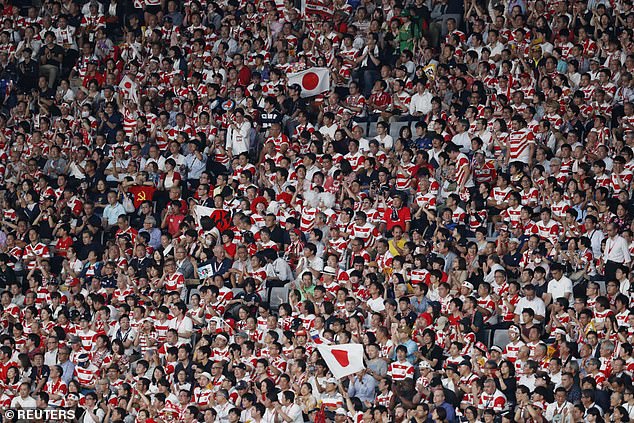 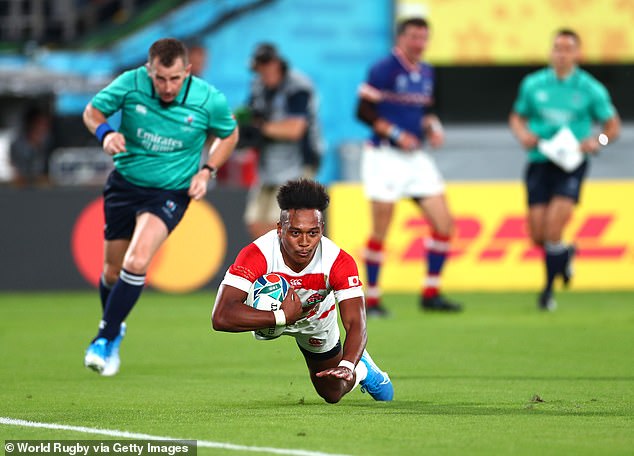 Japan was expected to rebel against the lower side of the tournament, Russia, and was saved by a hat trick from the new man of the moment: Kotaro Matsushima.

There were never so many red and white shirts stacked in a stadium. Some arrived in body painting, others arrived in traditional dress. There were even some Russian fans in Cossack hats – even though temperatures reached 30 ° C before sunset. They left the subway station and filled 1000 yen – £ 7.40 – gallons of beer.

They sat for an hour or so of ceremony. He told the story a mythical story of Japanese history before Mount Fuji stepped aside to reveal Richie McCaw holding the Webb Ellis Cup – a prize none of these sides should have in his hands.

The crowd did their part, now the players had to follow suit.

Japan are winning a place in the quarterfinals, so this game was their banker. Russia will be the tournament that topples the boys, having qualified through technical detail after the expulsion from Spain and Romania. They lost to Jersey and Connaught in their warm-up games and Japan had a 40-50 point win. Pressure? What pressure?

The kickoff slipped between the Japanese fingers and suddenly Russia began to play. His back joined the first curse before opting for a series of choices. They decided to overcome their smaller Japanese opponents and threw bodies into the contact area to disrupt the flow of hosts. 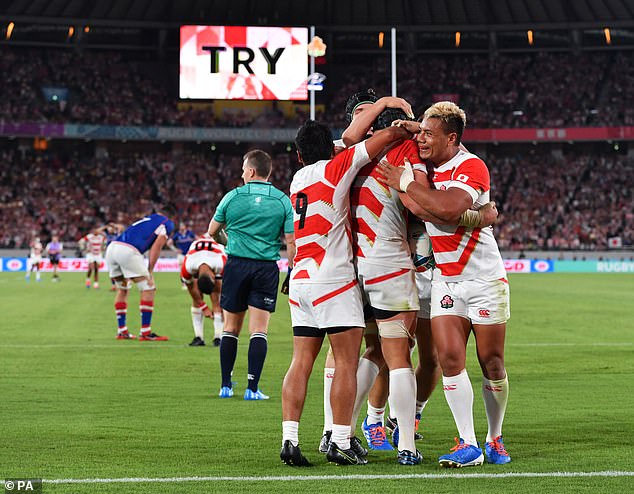 Within three minutes, Brave Blossoms # 10, Yu Tamura, was launched in the goal area and almost cost his team a chance. Two minutes later, defender William Tupou lost the ball and winger Yury Kushnarev attacked to mark the first attempt of the tournament. The nerves were there for everyone to see.

There were organized corners of the home crowd, who screamed and choked on great hits or attractive discharges. The strongest crowd greeted Timothy Lafaele's pass, which set up Matsushima to score on the right side after 12 minutes.

Japan's willingness to play open and attacking rugby was hampered by basic mistakes.

Russia was rough and ready. Some of his players have experience in wrestling, while flanker Tagir Gadzhiev has converted to rugby in mixed martial arts. These games are a showcase for undiscovered players and No 7 showed their physicality with counter-strikes and overwhelming hits.

Russia almost retained the lead of 7-5 until the break but began to tire and Japan's superior fitness was evident. 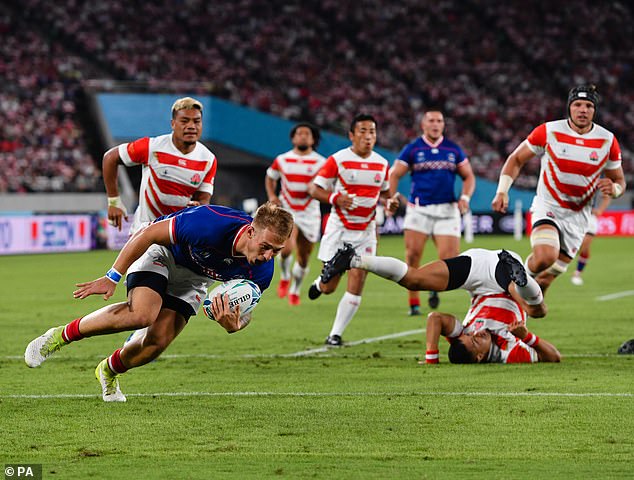 Matsushima had a second scoreline on 35 minutes but the winger was charged by Ryoto Nakamura for an attempt to stabilize his nerves before the break.

Tamura advanced forward with a penalty in the second half before Pieter Labuschagne took Andrey Ostrikov and ran 55 meters to score.

Then Japan played their trump card, unloading the experience of Luke Thompson and Fumiaki Tanaka – both veterans of the 2015 Brighton miracle.

Japan needed some calm heads and they returned to the scoreboard.

Tamura added another penalty before Matushima completed his hat-trick on the back of a straight shot.

Russia left with respect, but Japan returned home with the important victory. 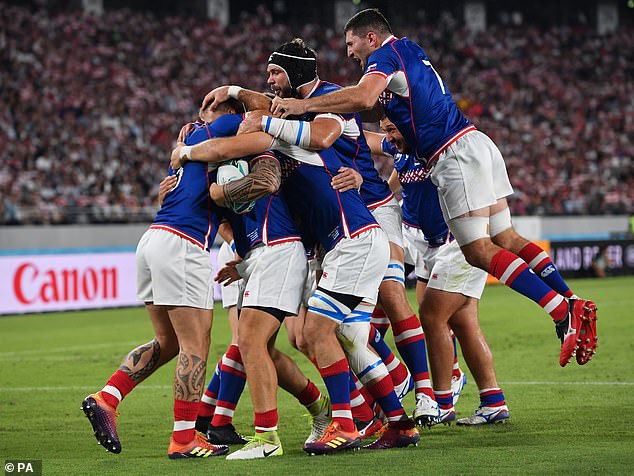