Home Uncategorized Maintenance of electric cars can be up to 50% cheaper, but it requires repair shops …

Maintenance of electric cars can be up to 50% cheaper, but it requires repair shops …

It is a fact that electric cars cost more than similar to combustion. Just as it is also known that its cost per kilometer traveled is lower. But an issue that is still little explored is after sales services such as review and insurance.

While it may seem otherwise, electric cars no longer pose risks to insurers. As there are few vehicles of this type, there is no great demand for parallel parts, and as a consequence, the risk of theft is lower. Thus, the policy, for the most part, has similar value to that of "ordinary" cars.

Maintenance is rather hassle free, and is up to 50% cheaper than a combustion vehicle of the same price range.

End of the screw screw

The lower cost of maintenance happens for a very simple reason. While a combustion engine vehicle has about 350 moving parts, an electric vehicle has 50. That is, the risk of something breaking is much lower.

An electric car owner can also forget that list of famous parts that require periodic replacement. Candles, belts, fuel and oil filters are all missed in these cars.

Cheaper maintenance and fewer moving parts on the engine also reduce the risk of the owner falling into the hands of a rogue mechanic who wants to take advantage of unnecessary parts replacement.

If the "push therapy" has its days numbered, maintenance in independent workshops is still unthinkable, especially due to the necessary structure.

Anyone willing to adapt their workshop will have to put their hands in their pockets. This is because the investment to be able to receive electric vehicles can reach $ 200,000 (see more details below). 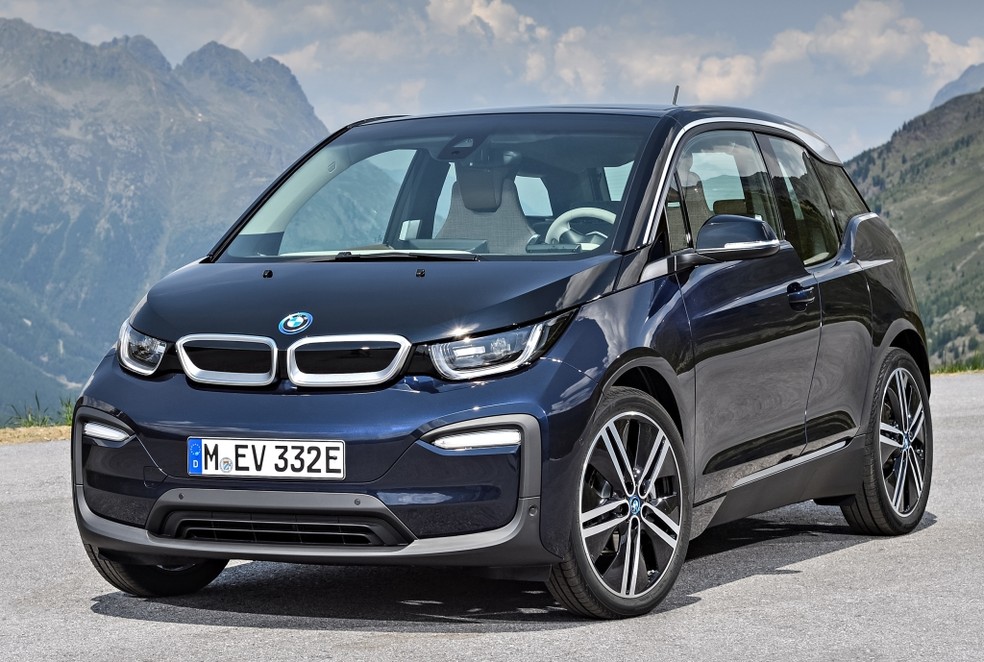 The i3 does not have a fixed overhaul plan – the car itself diagnoses and informs when it needs maintenance. From there, he warns the driver, who is looking for one of 8 BMW dealers. Emílio Paganoni, brand training manager, estimates that the values ​​are 70% lower than in a combustion vehicle of the same price range ($ 200,000). 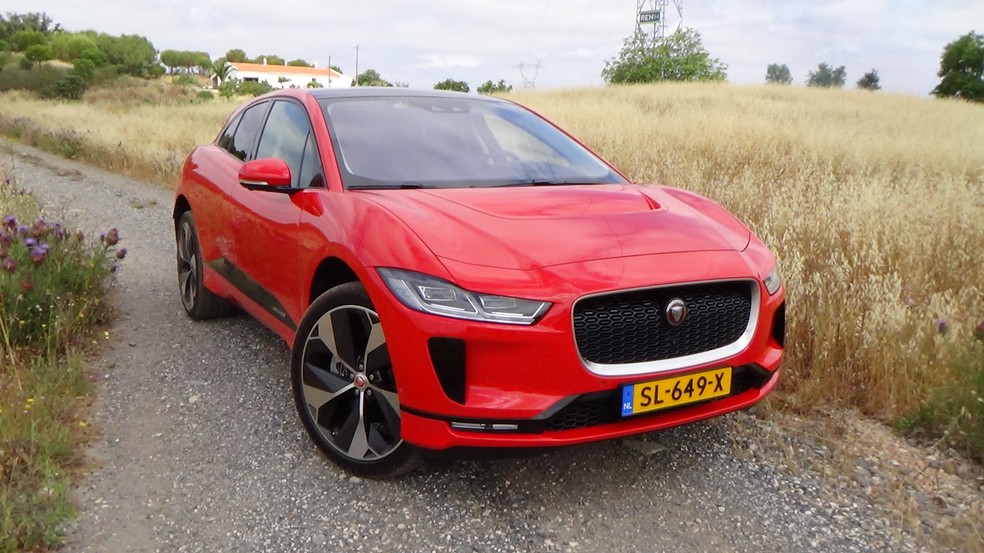 I-Pace can be serviced at all 40 branded dealerships in Brazil. They happen every 2 years or 34,000 km, whichever comes first. The best part – for owners – is that the first 3 services are free. That is, the owner does not have to worry about spending on maintenance for 6 years. 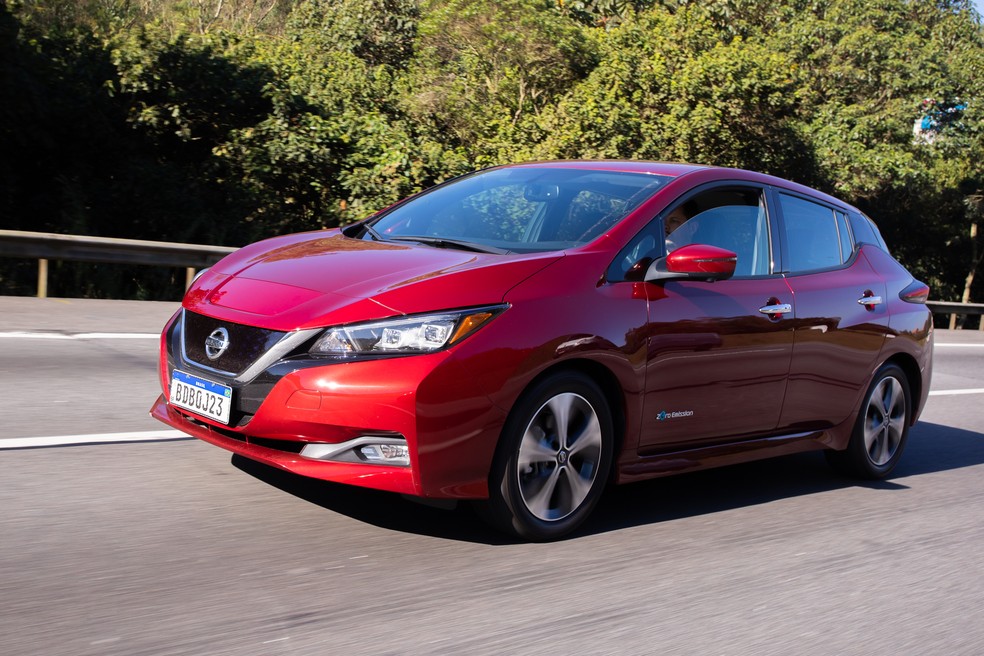 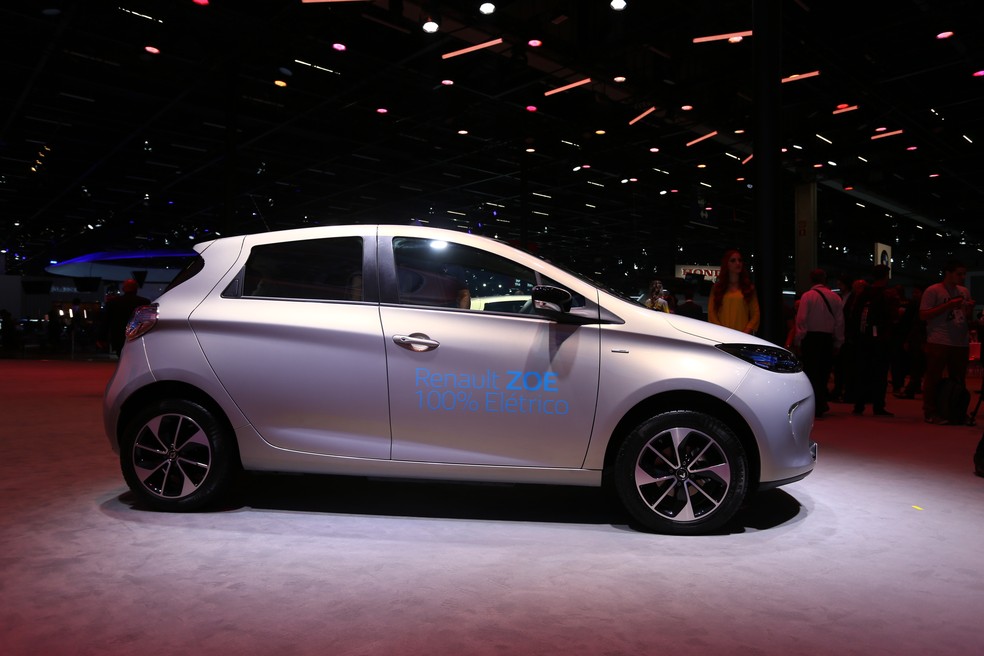 Interestingly, Renault plans to change the 12V battery (not the one that stores the power that powers the engine) every 2 years or 20,000 km. “Zoe has many components that require more than 12V battery. If it has a small power loss, the vehicle alerts and stops working, ”explains Eli Carvalho, Renault network quality and methods analyst.

In addition to maintenance, another cost that car owners often worry about is insurance. The policy of an electric car is more expensive than a model of the same price range, but combustion? The answer is: most of the time, no.

The G1 asked Minuto Seguros to quote the policy value for the 4 electric cars, as well as similar price models, but with a combustion engine. It was considered a male profile, resident of downtown São Paulo.

Two insurers, Porto Seguro and Tokio Marine, said the price is not higher because of the risk (or lack thereof). 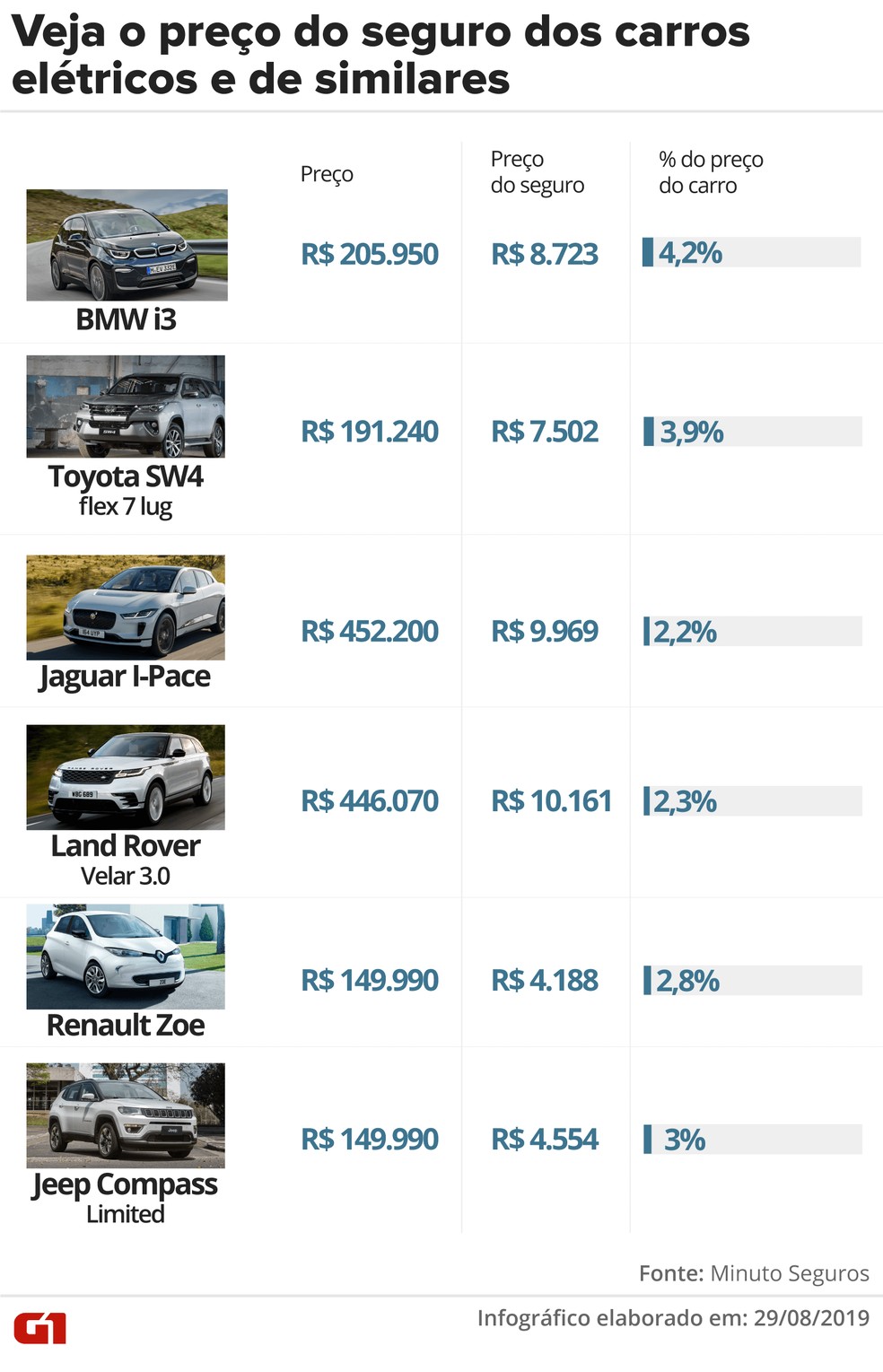 “We have a similar stance for new risks. We accept, create a base, with volume, and then get the pricing right. There is no reason to aggravate the risk that the car has a battery, ”said Luiz Padial, director of Tokio Marine's automotive segment.

For Vicente Lapenta, superintendent of Porto Seguro Auto, there are two reasons that may cause what the price may even lower in the future. “The first is that few people have it, so the theft market is still low. The second thing is that the electric car gives much less maintenance. So it tends to have a lower attendance frequency, ”he said.

On the other hand, Lapenta sees a risk, albeit of lower potential for concern. "These are expensive vehicles, which can disrupt resale value and end up stimulating the so-called opportunity fraud," he added.

If the policy no longer costs, care needs to be differentiated. “The orientation, as there is high voltage, is to involve the brand dealership. Realizing the seriousness and difficulty, we have to do four hands, through partnership with dealers, ”said Padial.

Porto Seguro, which has a fleet of 15 Renault Twizy, also electric, said it has trained its first responders. But in cases of more complex problems, it also forwards customers to dealers. 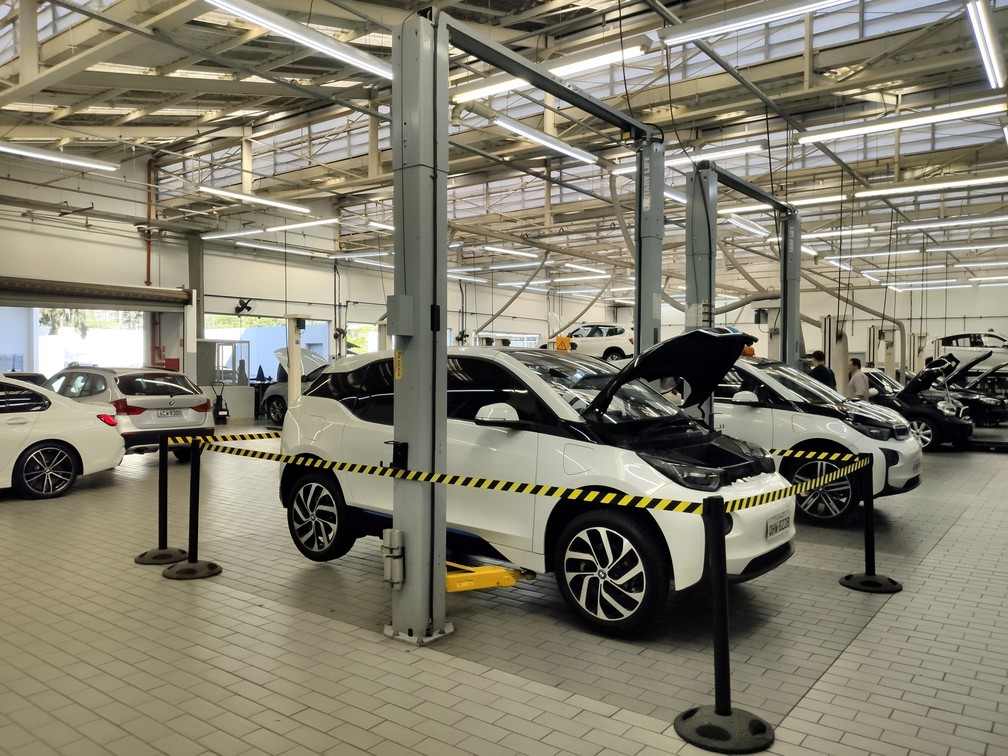 What changes in workshops to service electric cars:

“We have a demarcated area, and only the skilled technician is allowed to move this car,” said Paulo Manzano, product manager at Jaguar Land Rover. The pattern is also followed by the other marks.

The changes are not just a box: workshops also have specific equipment. 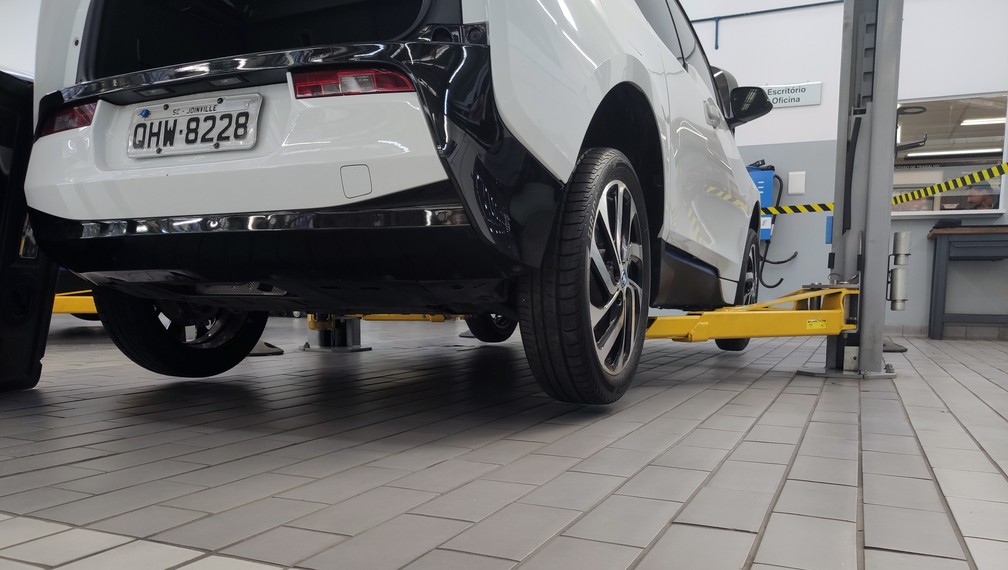 “When the battery needs to be removed, there is a place of its own to avoid contamination. There is a specific lift. It has suspended wiring to leave the entire base free, ”explains Flávio Presezniak, Nissan's project manager.

Changing is essential to allow a cart to be positioned below the vehicle and to support the battery when it needs to be removed. 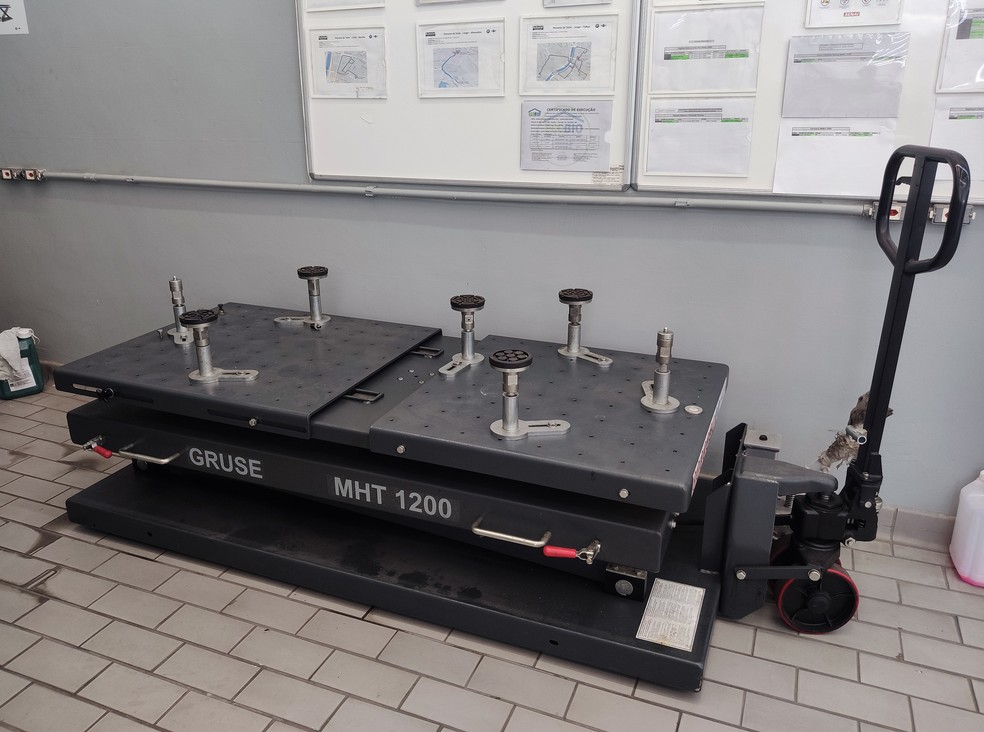 “We use different diagnostic equipment, which checks the parameters of an electric car,” said Carvalho, from Renault. 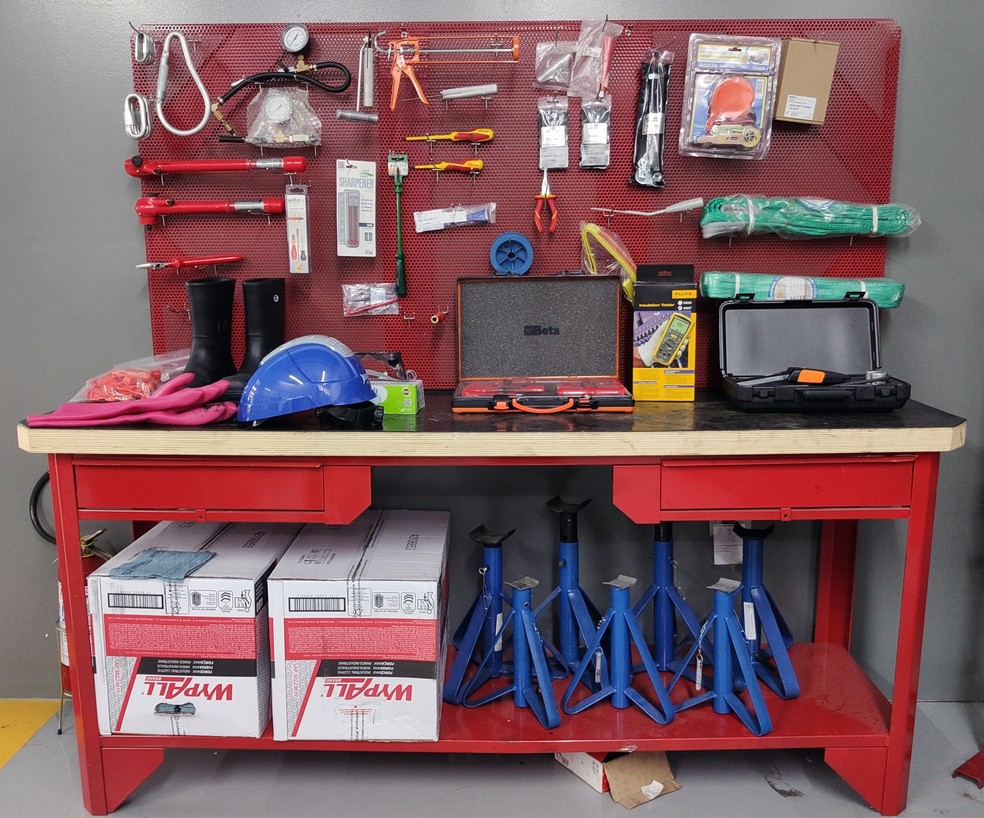 Who goes to get in the car

What good would a finished workshop be if the employees were not ready to work there? As a result, technicians and consultants had to undergo training to serve clients, and especially not to put their lives at risk.

The average on all brands is 2 mechanics trained per dealership. Some, like BMW and Renault, are partnering with Senai to train their professionals. Others brought in people from abroad to instruct their employees. 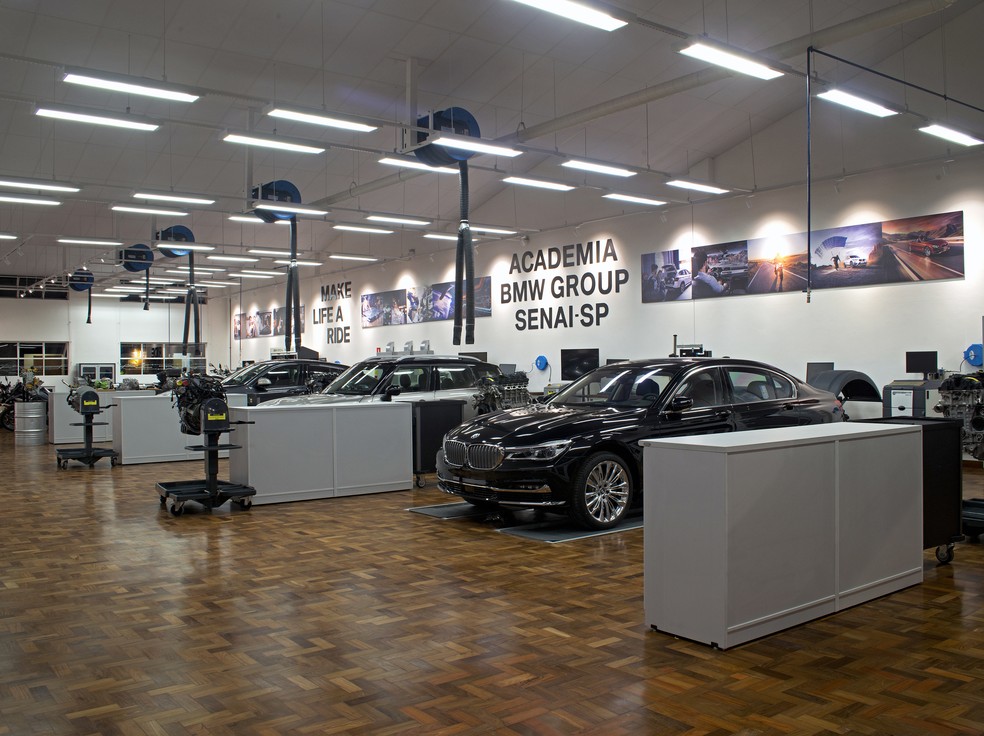 BMW has partnered with Senai to train technicians – Foto: Divulgação

BMW even has several levels of training. Who actually works with the i3 had to take the course called HVT, which lasts between 7 and 15 days, with daily costs of $ 250.

HVT graduates earn the right to try a more advanced course, called HVE. It lasts for 1 month, and the costs are covered by BMW itself. In Brazil, there are only 1 qualified person at this level, with another 2 finishing the training.

In the case of Renault and Nissan, the technicians were prepared at the alliance training center in Jundiaí (SP). Land Rover took advantage of the structure of a race track in the interior of São Paulo to train its professionals, soon after the launch of I-Pace.

In all three cases, the brands "imported" professionals from countries such as Japan (Nissan), Portugal, Spain (Renault) and England (Land Rover) to teach Brazilians how to do their job in the best way. 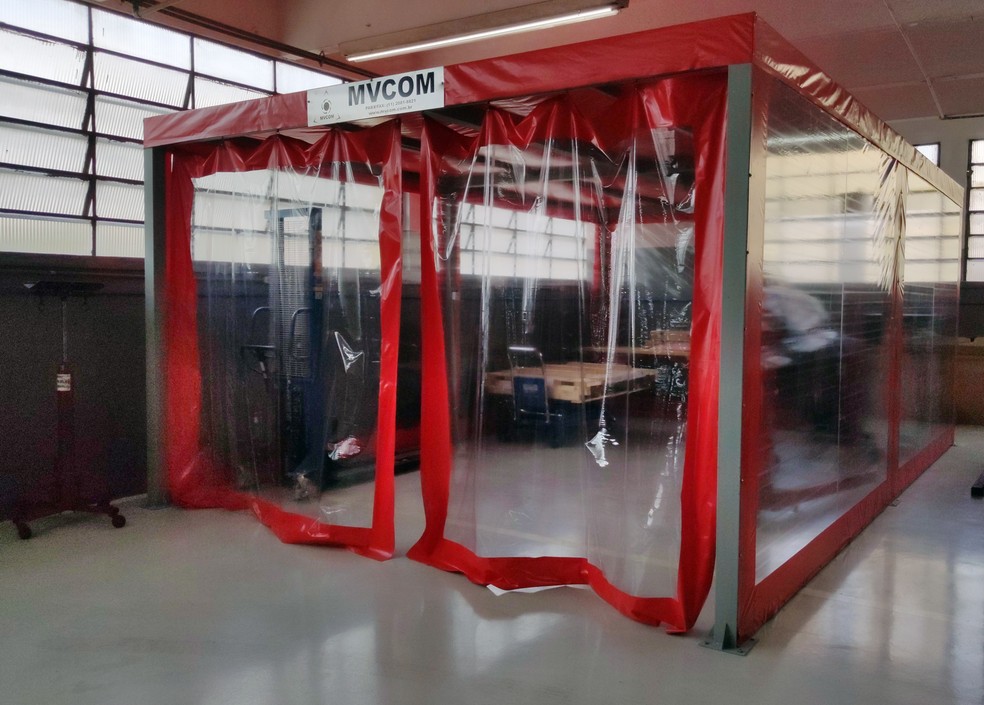