Archaeologists in Croatia discover incredibly well-preserved fossilized remains of a two-horse-buried Roman chariot & # 39; 1,700 years ago & # 39; as part of the ritual for the rich family

By Milly Vincent to Mailonline

Archaeologists in Croatia discovered the fossilized remains of a Roman carriage buried with two horses as part of a burial ritual.

A large burial chamber was found for an "extremely rich family" in which was the carriage with what appears to be two horses.

Archaeologists at the Vinkovci City Museum and Zagreb Institute of Archeology have discovered the Roman two-wheeled carriage (known in Latin as cisium) with horses at the Jankovacka Dubrava site near the village of Stari Jankovci near the town of Vinkovci in eastern Croatia. .

The remains of the horses and the carriage were all buried together in what appears to have been a ritual reserved for very wealthy families.

The discovery is believed to be an example of how people with extreme wealth were sometimes buried with their horses.

Curator Boris Kratofil explained to local media that the custom of burying under tumuli (a former cemetery) was an exceptional burial ritual during the Roman period in the southern Pannoinan Basin.

He said: "The custom is associated with extremely wealthy families who played a prominent role in the administrative, social and economic life of the province of Pannonia."

The discovery is estimated to be from the 3rd century AD, but the team of scientists is working to confirm its age. 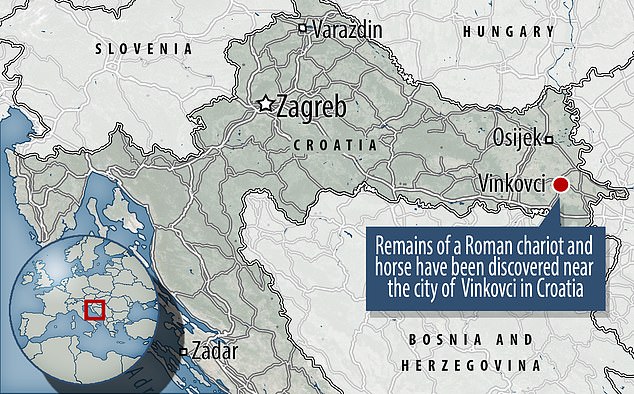 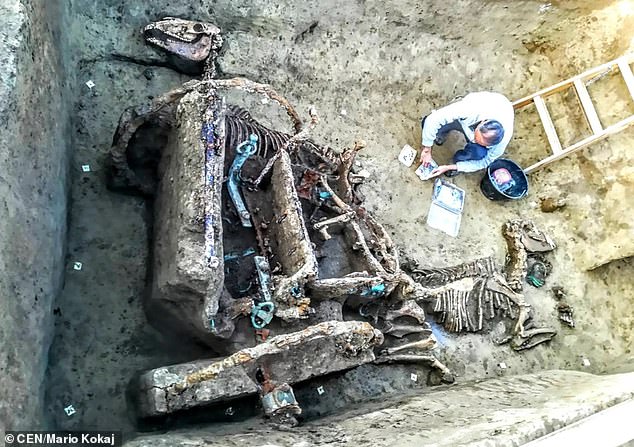 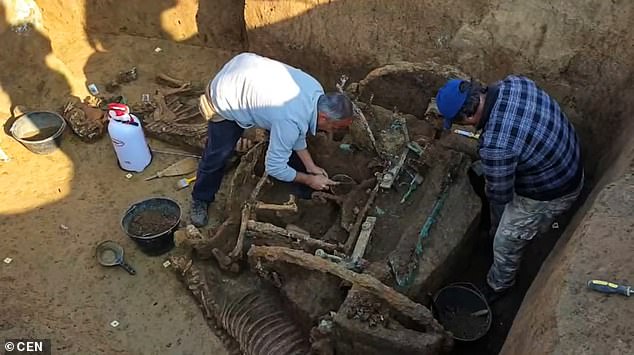 Archaeologists believe it was part of a burial ritual for & # 39; extremely wealthy families & # 39;

The director of the Institute of Archeology Marko Dizdar said it was a unique sensational discovery in Croatia.

He said: “After that comes a long process of restoring and conserving the results, but also a thorough analysis of the results.

# Within a few years we will learn a little more about the family whose members were buried in this area 1,800 years ago.

“We are more interested in the horses themselves, whether they were bred here or came from other parts of the empire, which will tell us more about the importance and richness of this family.

"We will achieve this through cooperation with numerous domestic and European institutions." 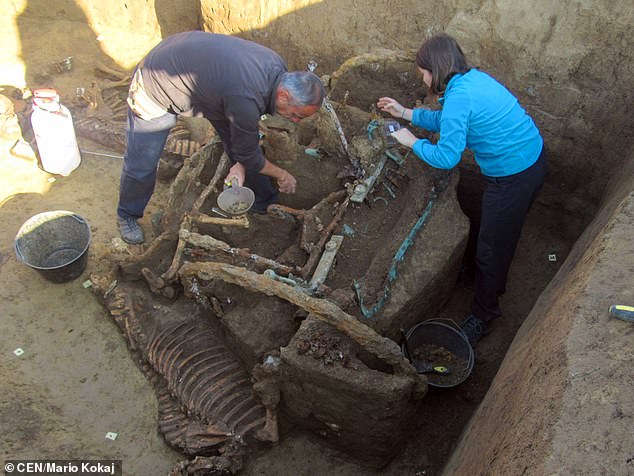 Archaeologists say the discovery will let them know a little more about the family whose members were buried in this area 1,800 years ago. 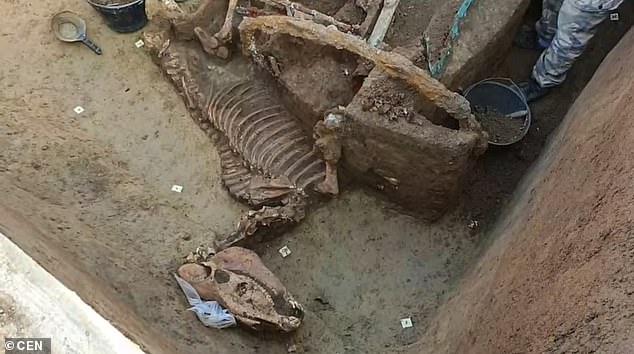 The discovery is estimated to be from the 3rd century AD, but the team of scientists is working to confirm his age.

THE ROMAN EMPIRE IN CROATIA:

The first inhabitants of Croatia were the Illyrians, an Indo-European people, who moved to the region in about 1000 BC.

The Celts invaded the 4th century BC, pushing the Illyrians towards what is today Albania.

In 168 BC, the Romans conquered the last Illyrian king, Genthius, and took over the region.

They slowly grew the Roman province of Illyricum through wars, conquering most of the Dalmatian coast, renaming Illyricum as Dalmatia (covering most of Croatia today) and extending their empire to cover much of the area below the Danube River in. 11BC.

The Romans ruled Dalmatia for five hundred years, building roads that linked the Aegean Sea and the Black Sea to the Danube River for commercial purposes and using Solin as their capital.

When the Roman Empire began to collapse in the late 3rd century AD, the region was divided into two; Salonitan Dalmatia and Praevalitan Dalmatia (with its capital now part of modern Albania).

This paved the way for the division of the eastern and western Roman empires.

In 395 AD, the empire was divided into eastern and western empires with the modern day Slovenia, Croatia, and Bosnia and Hercegovina in the west and Serbia, Kosovo, and Macedonia in the east – later becoming the Byzantine Empire.