Soldier dies in Baghdad security zone near US embassy;

An Iraqi soldier died on Wednesday in Baghdad's Green Zone – a security area home to numerous embassies and other foreign offices. According to officials, one of two rockets fired in the region crashed just 100 meters from the US embassy in Iraq.

According to a witness, the dead soldier worked at a security point near a restaurant. It is not clear who fired the rocket. Alarms went off at the US representation at the time of the explosion.

The death of the military increases tensions in Iraq, which has been under protest from thousands of protesters calling for an end to corruption, economic improvements and the resignation of Prime Minister Adel Abdul Mahdi. The demonstrations began in the first week of October, and have returned strongly in recent days.

An estimated 100 people have been killed and 5,500 injured since last Friday (25), the Iraqi Human Rights Commission said. Adding to the dead from the first wave of protests earlier this month, protests in Iraq left more than 250 victims. 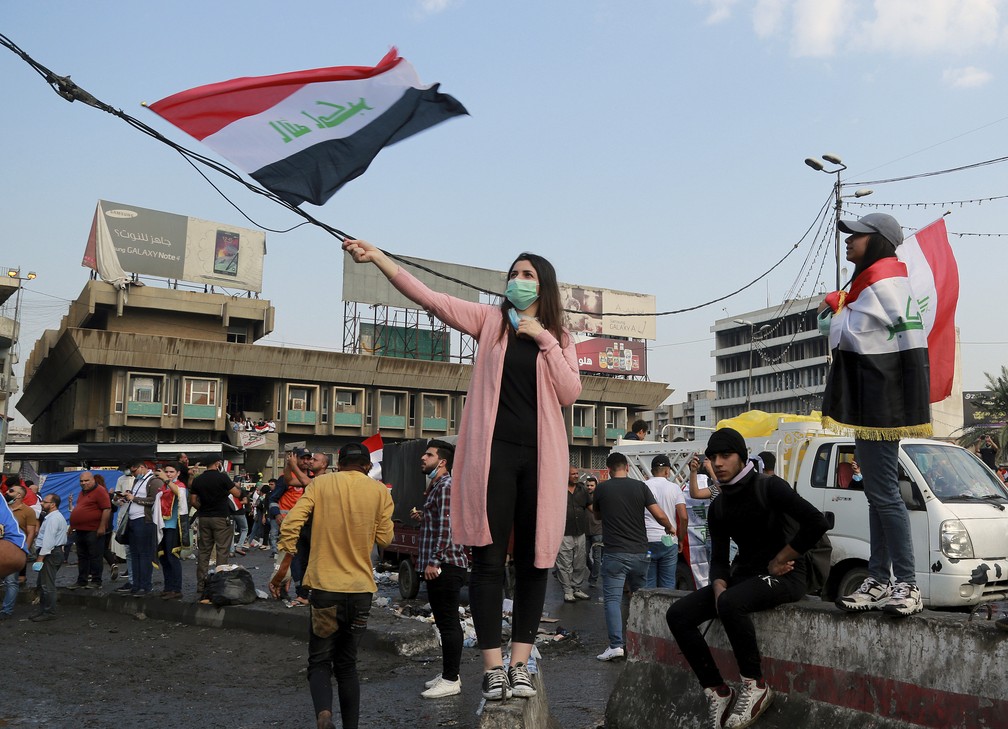 Protests in Iraq continued on Wednesday in Baghdad and other cities in the country, with reports of clashes between protesters and security forces.

Focused on Baghdad's Tahrir Square and several southern cities, protesters have challenged curfew over the past two nights and monitor political maneuvers, warning that they will only accept full government exit.

Hachd al Shaabi paramilitary chief in parliament, Hadi al Ameri, who had previously supported Abdel-Mahdi, said he agreed to work with influential Shiite leader Moqtada Sadr. The cleric claims since early October the resignation of the government, which he helped form a year ago.

On Wednesday, Al-Sadr urged Al Ameri to make a decision under penalty of "turning Iraq into Syria or Yemen", where protests against the government triggered a civil war.